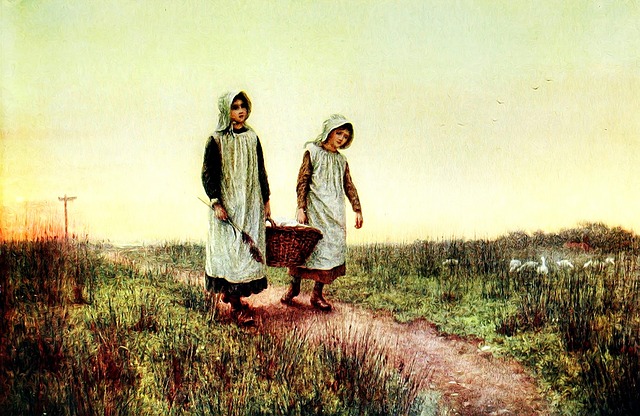 The origin of the stigma attached to bastardy is somewhat of a mystery. It’s quite understandable why It should be attached to the parents, but why should it be attached to the unfortunate offspring? It may have been a product of the Poor Law as the bastard had to be maintained by his mother’s parish and was, therefore, a burden on the rates. Thus the ‘sins’ of the parents became a very real burden on their neighbours who then hated the living evidence of it rather than those originally responsible. Of course, the stigma is less so these days as around a third of British births are to unmarried, though not necessarily unpartnered, women.

Our ancestors did not mince their language about bastards. They didn’t use such recent terms such as ‘unmarried mother’ and ‘love child’ as the mother and child were both burdens on the rates and, as a result, were victims of severe laws and were thus despised.

A lot of early Wisborough parish history is taken up with bastardy, all with the object of saving the amount of the parish rates. They tried to shift the responsibility for maintenance of the mother and child onto other parishes or, if that wasn’t possible, making the parents repay the costs of the help to the parish.

In the former case, if the woman was unmarried or a widow and belonged to another parish, she was removed to her own parish as quickly as possible before the child was born. This could be done by order of the Justices if they thought it likely that the expected child would have to be maintained by the parish.

An interesting instance of the removal of a widow was described by John Edmunds who was Guardian at the Wisborough workhouse from 1825 to 1831. He wrote “I am directed by the Select Vestry of Wisborough Green to prefer a complaint against Maria Horn, a widow, who was removed from the said parish with her late husband Silas Horn and one child, to the parish of Merston in the County of Sussex in the year 1817, but is now residing in the Parish of Wisborough Green with a large family having returned from the Parish of Merston to which she was legally removed by Order.

“The said Maria Horn previous to her marriage with her late husband was delivered of three Illegitimate Children in this Parish, and was a few weeks since delivered of a fourth child which was still Born otherwise would have been the Fourth incumbrance brought on the Parish by her. The second of the Illegitimate Children is now in a Pregnant State and residing with her mother in the Parish of Wisboro Green; and the Child of which she is pregnant is likely to be born a Bastard, it is also reported that at times other females of bad character are encouraged to reside with her in the said Parish. The Select Vestry wish the woman to be punished for returning to the Parish from which she was removed by Order, and that she be compelled to return and reside in her own Parish to which she and her family belong”. John Edmunds, Guardian & Co. NB Merston is a small village near Chichester.

The actions required to obtain a removal were quite involved. The first step was to get a sworn statement from the expectant mother. For example, in 1762, James Standing and Mary Smart travelled to Petworth for Mary Smart to be examined by Mr Holms for which he was paid 5/-.

If the woman didn’t go voluntarily before the Justices, she was arrested because the overseer had taken an oath that she had a bastard or was pregnant and also unmarried and that she refused to be examined. ‘Voluntary’ was a relative term as parish officers had many ways of putting pressure which still rendered the attendance ‘voluntary!’

Once before the Justices, she made her statement on oath. This was usually on a printed form stating that she was with child that was likely to be born a bastard, that it would be chargeable to the parish and that she identified the likely father with “having gotten the said child on her body”. If the child had been born, then a similar oath was taken.

If this was before the birth, the village constable was ordered to apprehend the accused man and bring him before a JP to find security so as to indemnify the parish, or the man was issued with a surety for his appearance at Quarter Sessions where the matter would be decided. Again, a similar procedure was carried out, should the child have already been born.

The father usually came to terms with the parish either voluntarily so as to avoid any legal process, or as the result of the woman’s accusation. Unless the father took the unusual step of paying a lump sum for maintenance, then the parish required the father to take a bond to indemnify the parish against the cost of maintaining the bastard. If the man didn’t agree with the parish, then the case went to the justices at Petty or Quarter Sessions. This was either to have the case dismissed, which rarely happened, or for the man to be ordered to pay to the parish the cost of keeping the child so as to indemnify the parish from any upkeep.

Going back to some of the earliest Wisborough records, in an order dated 3rd December 1691, 18d per week upkeep was ordered. In 1735, an order was to pay 2/- weekly every Friday until the boy was 12 years old. £5 was then payable for putting him into an apprenticeship – children began working at a very early age in those days.

In the archives for 1782, the following costs were made against the father, viz. for the woman’s lying-in or of the birth (usually 42/-) and for weekly upkeep payments (usually 2/6 pw). A cost of 6d pw was made against the mother “in case she shall not nurse and take care of the child herself”.

In the vast majority of cases of bastardy, the woman concerned was described as a single woman, but there were a few instances in which proceedings were taken against either erring wives or against wives who had conceived before marriage. They included Wisborough parish proceedings on the following dates:

2nd February 1731 or 1732: Mary, the wife of John Mills Taylor, then a widow and called by the name of Mary Smart
29th March and 8th April 1809: Charlotte Woodford, wife of William Woodford
4th January 1812: Mary Stenning, wife of John Stenning “on proof that her said husband has had no access to her within two years last past”. (The records don’t state how the husband had no access to her. He may have been away at war, in hospital, infirm, in prison or some other reason that I cannot know – RB).
8th and 22nd July 1815: Mary Stenning, wife of John Stenning “who has not had access to her for upwards of six years now last past”. (Obviously a popular woman – RB).
25th October 1817: Frances Voice, then Frances Dalton, single woman; the child had been born in February 1803.
12th June 1830: Anne Rugman, wife of Charles Rugman, before her marriage, Anne Hard, Singlewoman. A Female Bastard Child had been born to her on the 12th May last “being at the time of such delivery single and unmarried”. Her husband Charles Rugman was found to be the Father of Such Child.
There are very few records of lump sum payments being made by the father. One such case was the acknowledgement that “Walter Burt have paid all Expenses for the Maintenance of a Bastard Child Born of the Body of Elizh Smart, in full to this day – the same time we acknowledge that we have received of him the sum of Fifteen pounds, wch we do give him a full discharge from any Expence that may ever any further, happen to him by the said Child”. Sign’d this day March 1st 1778. By us Churchwardens, Overseers and 2 others.

There is one other case regarding a lump sum payment being made to the parish:

4th August 1800: Richd Shepperd to pay £30 for a supposed child by Sarah Beer.
4th August 1801: Agreement with Richd Shepperd on acct of a Bastard Child by Sarah Beer, to pay £30, viz. £10 Ladyday 1801, £10 Michs 1801 and £10 Michs 1802.
The rather harsh provisions described recently sometimes led to a more subtle way of transferring the liability onto another parish. This was by forcing a marriage between the parents so that the wife then belonged to her husband’s parish. To assist with this, the woman’s parish paid the marriage fees, usually paid for the ring and sometimes even gave a wedding breakfast. I will cover this brutal, but interesting, practice some time in the future.