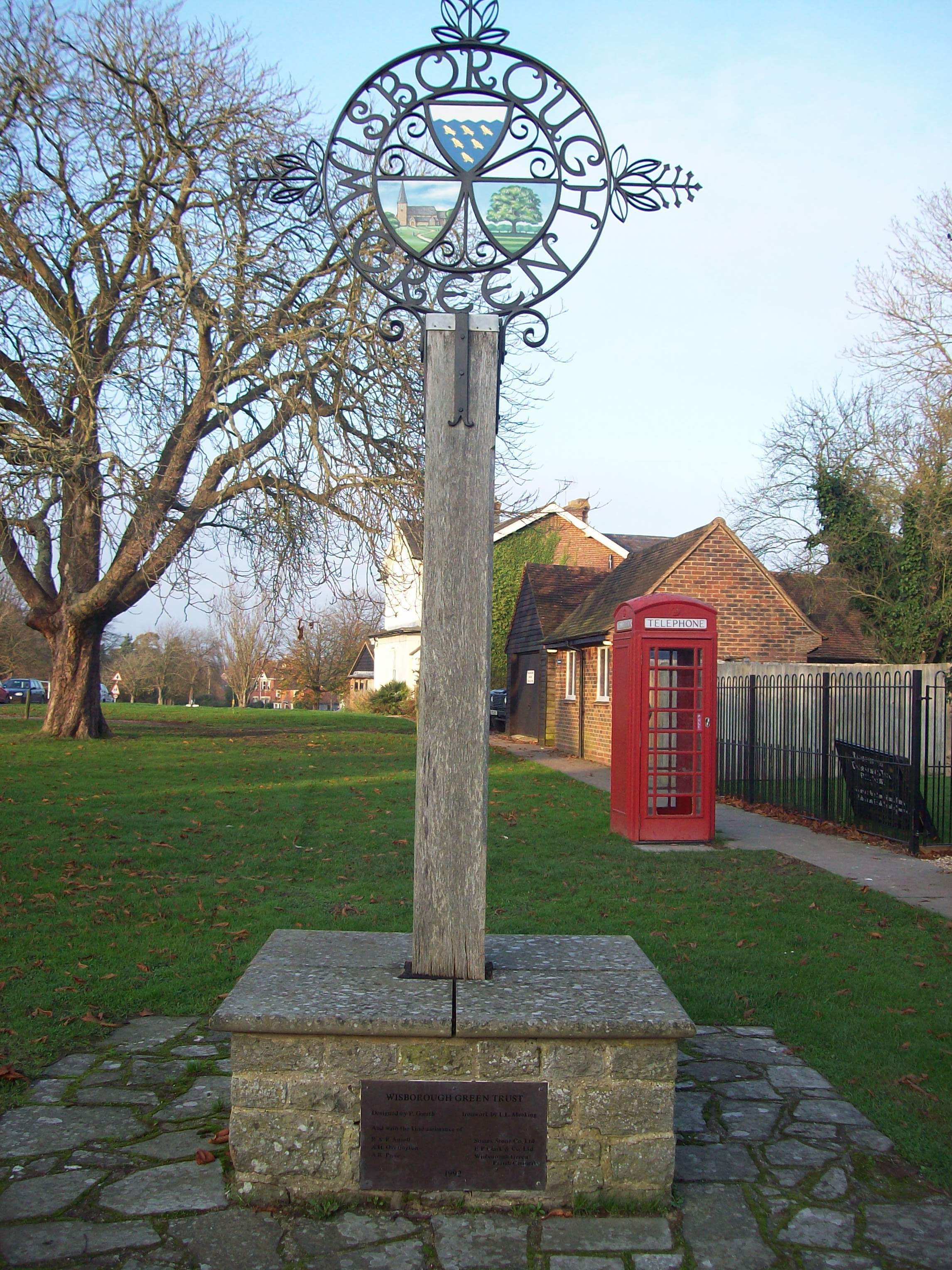 The first public telephone exchange in England, connecting a few subscribers in the City of London, was installed in August 1879, but by the end of the year, exchanges were installed in many British cities. The first telephone directory was published in the following year. In 1884, the first trunk lines between exchanges became operational, viz. between London and Brighton.

The Wisborough Green telephone exchange was installed around 1907 in the Post Office at White Chestnuts. This was a small flat-topped desk with two vertical panels at the back separated by a central support. Across the centre of the desk was a row of upright switches and beyond them, a double row of jack plugs with extending leads, one per switch. In the panels were jack plug sockets, one for each line or subscriber.

When a caller lifted their receiver at home, a bell rang at the exchange and an indicator disk displayed against their number on the panel. The postmaster flicked a switch and used his own earpiece to enquire which number the caller wanted to call. He then connected the caller to the number required by plugging the relevant spare jack plug into the socket of the requested number. Multiple switches and plugs enabled many calls to take place simultaneously. To call anywhere outside the village one had to give the operator the place name and number. The operator service was only available during normal daytime hours and for limited periods in the evening and weekends when it was provided by the Postmaster himself.

In 1938, Horace James and family moved into the house and he became Postmaster. He was the telephone operator after hours, but if you rang late, say 9 pm, he would say “this is a fine time to be ringing up”. At that time, there were fewer than 80 telephone subscribers in the village. In 1939, there were just over three million telephone subscribers in the UK. In that year, a further 20 numbers were added to the Wisborough Green exchange and 20 more immediately after the war as demand grew giving a capacity of 120 subscribers.

The numbers were allocated sequentially starting with 1. Some of the numbers in use in the village at that time were:
No. 1: Call box outside the Post Office
No. 3: Police House
No. 5: Mr Boxall at Butts Villa (where the doctor had his surgery)
No. 9: Graveley Brothers garage now called Butts Works
No. 13: Post Office
No. 29: School House
No. 53: Balchin’s builder’s yard
No. 59: Harold Balchin’s residence
No. 87: Nurse
No. 109: Harsfold Manor

Although the first automatic exchange was invented in 1883, it was not until 1921 that new standard automatic exchanges designed for rural areas began being installed. Such an automatic exchange was installed in the village in 1946 in Balchins Close immediately behind Yew Trees. This was shortly before the post office relocated to the old pavilion and Old School House. In 1978, a new exchange was built in New Pound Lane next to the new school entrance. It remains in use as the exchange but is also now used by BT Openreach as an administrative office. The old exchange was converted to a private house named Paddock Farm Cottage soon after, in 1980.

With the installation of the automatic exchange, all telephone numbers standardised on three digits. This was done by prefixing all single numbers with 30, all double digit numbers with 3 and the three figure numbers were changed, to begin with a 4. The old single and double numbers have changed over the years and are unidentifiable today. In January 1981 all telephone numbers were prefixed by 700 making six digits in total although the range of Wisborough Green numbers was theoretically 700001 to 709999. The area code for the whole of the Horsham and villages became 01403, with the six digit numbers structured so as to identify the local area. For example, 25 (amongst others) was Horsham, 70 was Wisborough Green, 75 was Loxwood, 78 was Billingshurst and 82 was Kirdford.

The first phone box in the village was outside the Post office and was opened in 1934. It was a white concrete style model K3 later replaced with a standard K6 box at some date unknown. It relocated to a position halfway between the public toilets and the junction with the main road in 2005 because the games room of the Three Crowns was demolished to enable a new house, Old Pond Cottage, to be built on the site. The only other telephone box in the village is a standard type K6 at New Pound on the main road roughly opposite the Bat and Ball public house. A more modern type KX100 was located at a lay-by at Stroud Green, just outside the Wisborough Green village boundary. The use of public call boxes declined during from 2000 due to the increase in the usage of mobile phones. By early 2007, the Stroud Green box was derelict with the equipment removed (probably by thieves) and the box itself was removed by BT later that year. In June 2008, BT was considering removing the New Pound box.