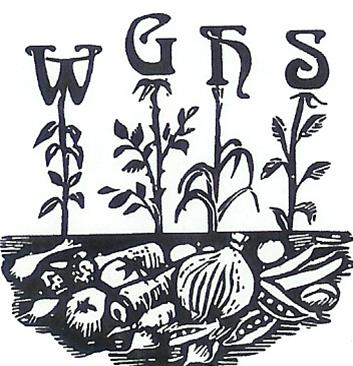 Reluctantly we have decided to cancel talks planned for February and April 2021, and will postpone our AGM planned for March 2021. We hope to reschedule the AGM at a later date.

The Committee wish all our members a Happy and more sociable New Year 2021.

A look back at the Wisborough Green Horticultural Society

Having recently stood down as Chairman of the Society I have looked through the old minute books before handing them over – they made interesting reading!

A (very) broad brush history of the society………

An open meeting was held in February 1951 when it was decided to revive the WG Flower Show during the Festival of Britain week, August 12th-18th.  Unfortunately there is no record of anything before then so presumably it shut down during the war.  Obviously a bit of a Gents club at first so the WI was asked to nominate six of their members to join the committee.  Entries for the show were originally classified as Cottagers (presumably local residents!), Amateurs, Women, Children and Open.  An entry was charged at 4d and 6d for Open entries.  The top prizes were 5/-, 3/- and 1/6.  General admission to the show was 2/6 but for the newly formed membership – 2/6  annual fee – admission was free.   For those too young to know, a shilling is 5p in new money and 12d (old pence) made a shilling. You can do the maths!  Two of the prizes for the first draw were a 100 cigarettes and a chicken – unsure whether dead or alive!

Over the years many cups were given by those who were heavily involved with the society.  Extra categories were added which meant the marquee had to grow to accommodate everything.  In 1959 the first June Show was inaugurated……an autumn show has been considered a couple of times but was voted down by the committee – extra work methinks!  In 1991 the Society hosted The BBC’s Garden Question Time and during the 90’s the Society’s image was lifted further as it entered and won several medals at Chelsea and Hampton Court displaying the skills of many members. Over the years the judges at our shows often report that we are one of the best local shows in the south of England.

It’s coming up to seventy years since that first show – expanded and changed in many ways.  However on the other hand the same issues at committee meetings recur on a regular basis and on my watch as well!     To list a few:  how to get more entries / get the school involved / cost of the marquee and security / putting up prize money / scrap prize money / cost of speakers / change judges more often /annual membership fee….. and more. An endless list!

The weather makes a huge difference to the number of entries – many know of those lovely roses decimated by heavy rain!  A few years ago we had to decide on Health and Safety grounds whether to let the public into the marquee as it was flooded – Ken Vickery saved the day unblocking a drain by the pavilion!  The very large marquee on the Fete day makes for such a quintessential Village Day.

Money-raising has always been an important facet of the society. Dances, barbecues, Jazz nights, Race nights, Wisborough Green’s Got Talent, the Country Brocante, Plant Sales to name a few.

Of course THE most important ingredient for a successful society has to be the members and volunteers and over the years it has waxed and waned. WGHS plays a big part in the cohesiveness of the village and it continually tries to keep members interested with the shows, lectures, garden visits and the plant sales.

For my part, I have been sad to stand down and have hugely enjoyed my years as Chairman, and though my past included plenty of commercial horticulture, I had no knowledge of showing and never thought I would take over a whole fridge for rose entries!  We are en route to a smaller garden in West Chiltington where Doris Smallwood has banned me from joining their society but no doubt I will!!

Finally I would like to thank everyone for their support over the years and I wish the society all the very best for the future.