It was announced in Church on 6th December that, following the sudden death last Easter of the Rev’d Pauline Lucas, Clive has been appointed by

Bishop Martin as Priest-in-Charge of Kirdford with Plaistow & Ifold.  His new role will be in addition to his duties as Vicar of 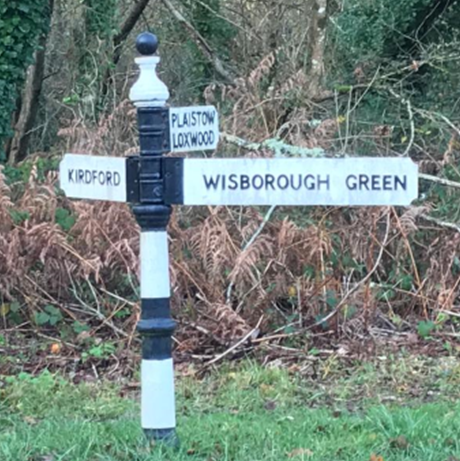 Clive will be licensed by Bishop Ruth at St John the Baptist, Kirdford on Thursday 14th January.  As a result of current Covid-19 restrictions, it is likely that attendance at this service will be by invitation only.

Although Clive and Marion will continue to reside in the Vicarage in Glebe Way, Wisborough Green, Clive’s time will be split, allowing him to carry out his ministry in the two parishes.

In order for him to conduct Sunday services at both churches, there will be a slight change to the starting times.  The service at St John the Baptist, Kirdford, or Holy Trinity, Plaistow, will commence at 9.30am and that at St Peter ad Vincula, Wisborough Green at 11.00am.  These arrangements will begin from Sunday 17th January.

The Churchwardens and Parochial Church Councils of both parishes have been consulted as part of the process leading up to Clive’s new appointment and see it as a very positive step forward.  It is hoped that, in time, it will create many opportunities of mutual benefit to both communities.

We wish Clive every success in his new role.