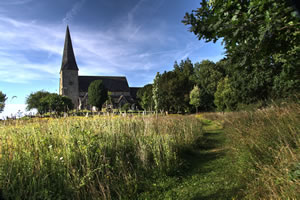 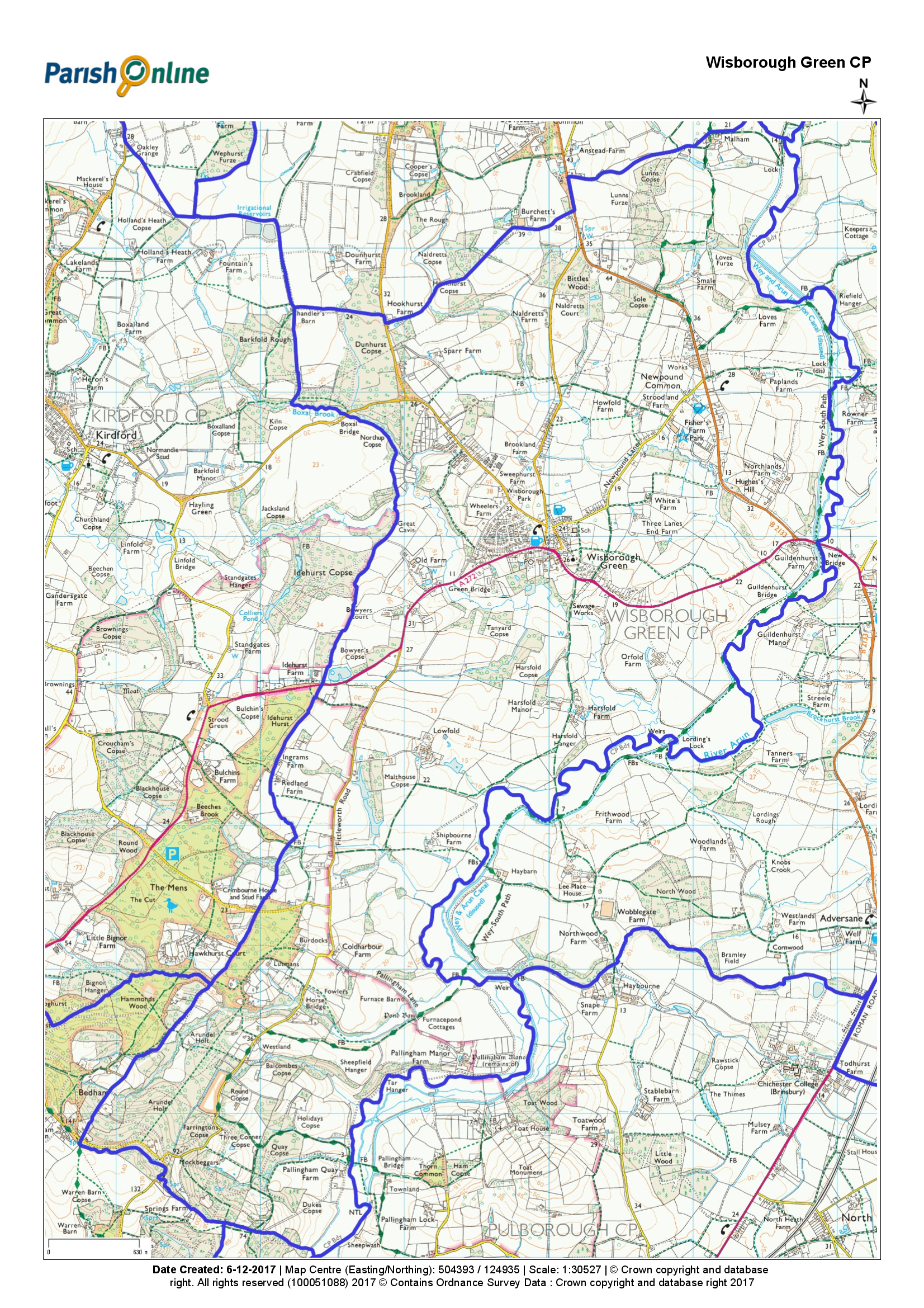 Wisborough Green lies in the north-west corner of West Sussex. The village  is an area of approximately 1756 hectares and is on the A272 east-west main road. The River Arun and its flood plain to the east and the heavily wooded high ground to the west maintain the essentially rural nature of the Parish and its separation from the commercial and residential development in Billingshurst and Petworth. Wisborough Green is a typical English village with a village green, public houses, pond, Church, village shop and Post Office in the centre of the village.

The first documented evidence of the village, recorded as Wisbregh and Wyseber, is in 1227 in correspondence between Henry III and the Church. However, the Parish Church of St Peter ad Vincula is based around the remains of a tower-nave dating from the late 11th or early 12th century. Land in the Parish was owned by a number of rich coastal plain manors such as Bury (the Earl of Arundel, who had a deer park at Pallingham) and Amberley (the Bishop of Chichester). The church was attached to the Prebend of Aldingbourne, one of the possessions of the Dean and Chapter of Chichester Cathedral.

It seems likely that the early settlement was associated with use of the area as seasonal pasture, as is reflected in the place-name, which is probably from the Anglo-Saxon ‘hill (beorg) by the damp meadow (wisc)’. It is possible that an early settlement existed on the prominent mound that now houses the church; however, subsequent development was effectively through a series of later medieval and post-medieval encroachments onto the ‘Green’ that may represent the original clearance of the natural woodland that covered most of the Weald before the middle ages.

Although the CDC Historic Environment Record contains few archaeological records for the village itself, the Parish contains several flint-working sites that seem to represent utilisation of the area for hunting in the Mesolithic and Neolithic periods. In the later middle ages, the locally abundant sand and ironstone, timber for charcoal and water for power, encouraged the development of glass and iron working industries that ultimately contributed to The Industrial Revolution of the 18th century. The legacy of this industry lives on in place-names such as Glasshouse, Furnace Pond, Furnace Wood and Hammer Pond. The Parish church has a small lancet window made up of fragments of glass found locally. It is a memorial to the Huguenot glass workers who lived, worked and worshipped in the village over 50 years in the late 16th and early 17th centuries.

Wisborough Green has always been a typical rural community with strong farming and agricultural interests. In the 19th century a few wealthy landowners held the majority of farmland but there were numerous smaller farms in the village, some of their names such as Whites Farm, Orfold and Sparr Farm, survive today.

Wisborough Green was first given a Royal Charter to hold an annual fair and Thursday market in the village in the 13th century. The fair was to celebrate the “Vigil, Feast and Morrow of St Peter Ad Vincula” and granted by Henry 111, 28.4.1227. There is still an annual fair and monthly market.

Like many villages, the World Wars had a significant impact upon families in the village. The names of 31 men are included on the village War Memorial located on the southern edge of the village green. Hawkhurst Court, 3 miles to the west of the village (and in Kirdford Parish), was previously a school and subsequently converted to residential housing. The grounds and buildings played an important part in WW2 by accommodating Canadian soldiers, may of whom lost their lives during the Dieppe Raid. This is commemorated every year in August, with Canadian veterans and dignitaries attending a service in Wisborough Green.

Housing around the Green reflects the development of the village over the last two centuries with a minimum of recent infill. A modern estate of private detached properties sits comfortably adjacent to a mixed housing association and owned properties and a new enclave of terraced property for older people, all on the hill west of the Green. Other properties are strung out along the five roads leading into the village centre and generally backing straight onto agricultural land. Newpound to the northeast has commercial development and a number of properties mostly on larger plots. To the southwest are the scattered communities of Bedham, and Brick Kiln Common and a number of bigger properties in woodland, mostly with views over the Arun valley.