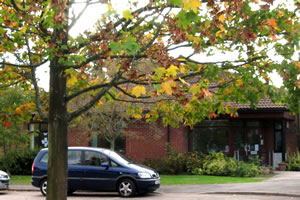 Preschool education for children aged 2 1/2 onwards, numbers permitting.
Wisborough Green Playgroup changed its name to Climbing Bears in September 1999. As a well-established playgroup, it has been meeting the changing needs of the children of Wisborough Green and the surrounding areas since 1970. Over the years the group has met in various locations around the village, but now have a purpose built building within the grounds of the Primary School, with whom they have a close relationship. They aim to provide an environment where children play and learn and extend their learning as they grow. Climbing Bears is a voluntary run pre-school that is managed by a Committee of Parents elected at the Annual General Meeting held in September. Climbing Bears is a registered provider with West Sussex Sure Start Early Years Development and Childcare Partnership. This means they are inspected by Ofsted and are able to provide funded places for children as and when they become eligible.
For further information:

Just some of the Local Private Schools

West Sussex County Council has a contract with the Education & Skills Funding Agency (ESFA) to provide a range of adult learning opportunities. This is done by working in partnership with three adult education providers; Aspire Sussex Ltd, Albion In The Community and Asphaleia Ltd. For further information and course details, look at the  West Sussex County Council website.