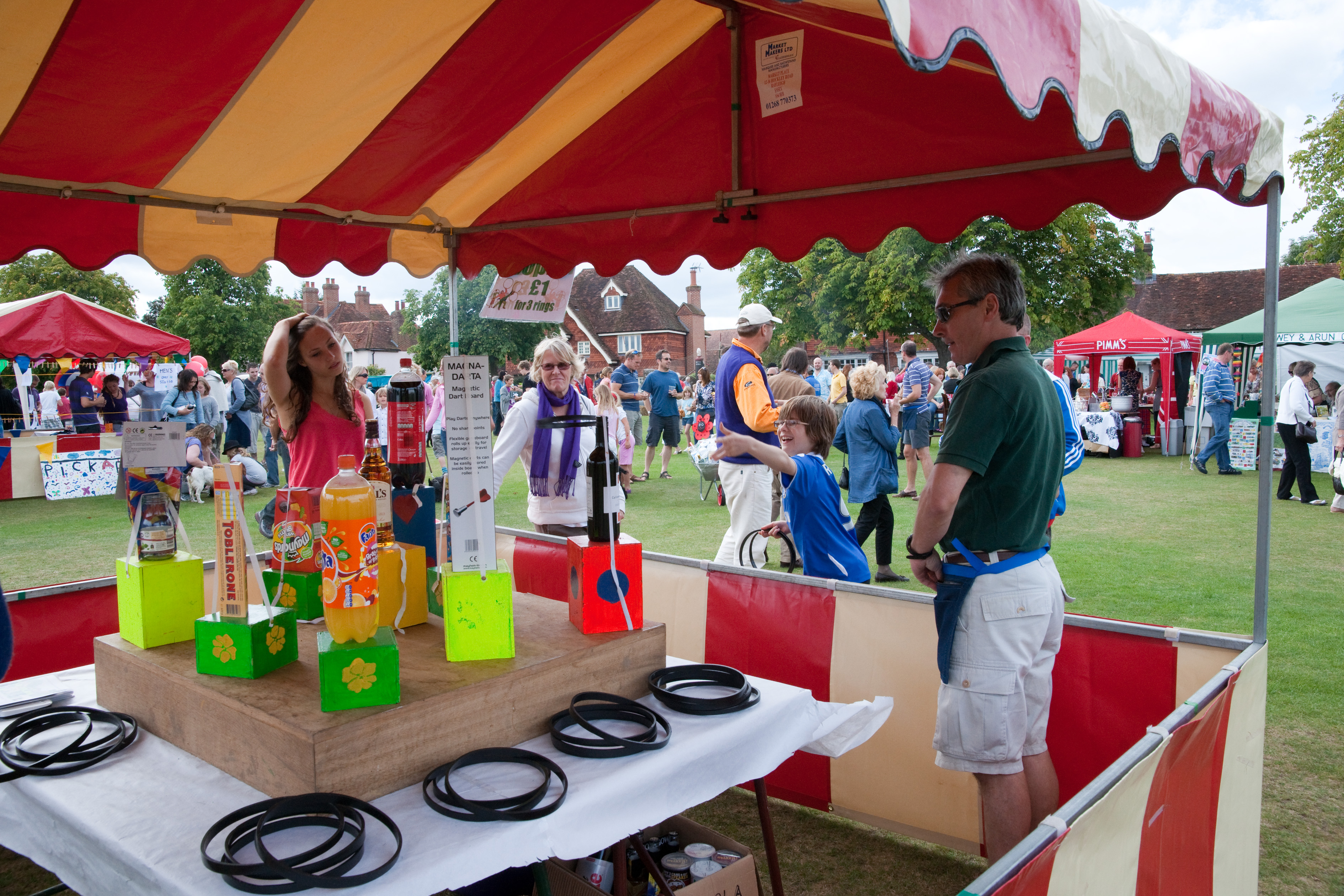 Wisborough Green Fete Society organises a traditional village fete which is an important part of our village’s identity.  It is held  every August Bank Holiday Monday on the Village Green, come rain or shine, but it usually shines!

The Fete opens at 1pm and finishes around 5pm. It really is a good afternoon out and there’s plenty to do for all the family, including a Horticultural Show, dog show, children’s races, vintage vehicles, food stalls and traditional stalls such as skittles, coconut shy, splat-the-rat, ferret racing and wellie wanging!

The two aims of the Fete Society are to keep the fete going with a traditional feel, and the bonus of the day is to raise money for local good causes and charities. Over the years the popularity of the fete has grown, now attracting over 2,000 people.  As a result, since 2008 (to 2021), the Society has been able to donate about £50,000 to many local good causes and charities. The Fete is not only well supported locally but attracts many visitors each year from further afield such as Portsmouth, Horsham, Dorking and Worthing.

We look forward to seeing you in August!