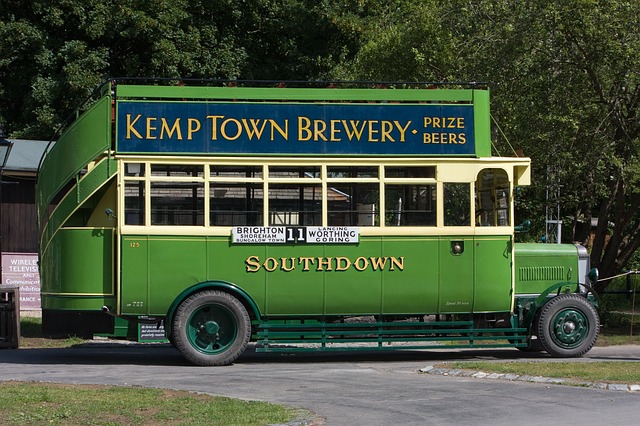 We’ve gone back in time as far as records permit, but we’ve not found anything that predates 1840. The sources of this early information were Pigot’s and Kelly’s trade directories.

In the nineteenth century there were carriers of goods that made weekly journeys to London, Horsham, Guildford and Brighton by horse and covered cart. We have a photograph of a horse and cart owned by William Tickner taken outside the Three Crowns around 1880. Has anyone any other photos or information on this fascinating subject please?

The horse drawn carts continued until the advent of motorised vehicles. But curiously, we have virtually no details of carriers in the twentieth century. Perhaps tradesmen used their own transport? Has anyone any details please?

Until the coming of the railway in 1859, there was a daily passenger coach called “The Comet” from Bognor to London that called at the King’s Arms in Billingshurst. We’ve no details of the journey time, but feel that it must have been quite slow considering the state of the roads. Perhaps the title “Comet” gave an over optimistic impression of its speed?

Bus services were provided mainly by two carriers. The first was Aldershot and District, colloquially known as “Have a Shot and Risk it” Its buses were among the most handsomely painted in the country in their three colour livery of dark green lower followed by a cream band and topped by medium green all enhanced by the company’s name in a fancy gold script. The second carrier was Southdown; details of this will appear next month.

The A&D ran a service from the village to Guildford. This was route 49 that started in 1928. It ran every two hours or so along Newpound Lane to Carters Works then to Loxwood and Guildford. For most of the time, the last bus back to the village was garaged at Butts Works. We’re not completely sure of the details here – we heard a rumour that the corner of the wall into Butts Works was rebuilt as a curve specifically so that buses could get around the sharp bend. Can anyone confirm this story please?

Until the Second World War, the last bus back to the village arrived at 10.37pm giving enough time for passengers to have an evening in Guildford. The bus services were much more integrated then, such that the arrival and departures in the village coincided with Southdown buses on the route from Horsham to Petworth.

The service declined after the war due to the increase in car ownership and ceased altogether in 1973.

the Aldershot and District Bus Interest Group kindly gave us some photos of their buses around the village – has anyone any others? We really need a photo of the garage area, even if it’s just in the background.

The other main bus service provider in the village was Southdown and its successors.

The first known bus operator in Wisborough Green was the Blue Bus service. It is not known when it started operation, but it was certainly in operation by 1923. It was a one-man one-bus service to Horsham run by Cyril Naylor who lived at North View. It ceased soon afterwards due to competition from the rapidly expanding Southdown network.

Southdown first ran a service through the village in 1924. This was route 40 that ran from Horsham to Chichester; the fare to Horsham was 1/8d or 8p in modern currency. Over the years there have been many routes and numbers. Most of the services started in Horsham although there have been occasional services from Haywards Heath. The destinations of the Horsham services have always included Petworth, often Chichester, sometimes Midhurst and very occasionally Bognor. Interestingly, unlike today, none of the services went via Kirdford.

The most consistent period of operation was probably just after the Second World War when routes 59 and 61 alternated throughout the day serving Chichester and Midhurst respectively, providing each with an hourly service.

The buses were painted light green offset by a cream surround to the windows and with the name in gold letters. We’re unsure of the bus types that operated in the village.

Southdown also provided a parcel delivery service. Packages could be handed to the conductor for delivery to bus stops along the route. The recipient would have to be at the bus stop to receive the package otherwise it went on to the terminus for subsequent collection.

The Southdown services were replaced by Tillingbourne in 1987. This company went bankrupt in 2001 and the route was taken over by the present operator Compass who operate a two-hourly service from Horsham to Petworth.

Southdown also ran an express coach service from the mid-1930’s. This ran three times a day from Bognor to Victoria Coach Station in London. After the war it declined gradually to once per day and ceased altogether in 1967.

We know of no photographs of Southdown or Tillingbourne buses in the village except for one belonging to Dick Carter that was taken circa 1935 at Albion House and which shows a family group with a tilling-Stevens Express single decker in the background passing on its way to Midhurst. Has anyone any photos of Southdown or Tillingbourne buses that we could look at, even if they appear only in the background?