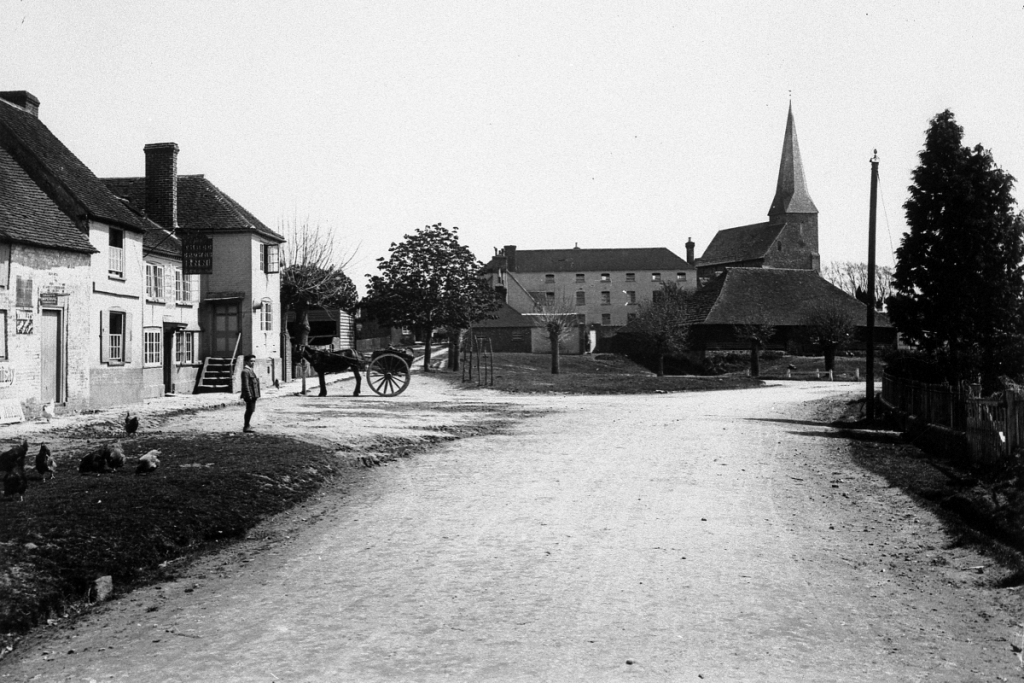 The village hall was built as a poorhouse early in the eighteenth century. It is alleged to have been built on the foundations of a Benedictine monastery, quite possibly using the original sandstone. However, no evidence has come to light to confirm this.

The building was extended in 1797 by the addition of a rather severe looking south wing that went almost up to the church wall. Almost immediately, it was used to house French prisoners during the Napoleonic War. In 1834 it became a workhouse as part of the newly formed Petworth Union. Inmates of a workhouse had to do unpaid work to earn their living; whereas nothing had been asked of inmates of the poorhouse. The old people and working-age adults were moved to the workhouses in Kirdford and Petworth respectively and the Wisborough workhouse used to house their children; previously, paupers of all ages had lived there.

Use as a workhouse declined early in the twentieth century such that German prisoners of war were housed there from 1915. Usage as a workhouse ceased formally around 1920 and the building was converted into four flats, a school canteen (in what is now the main part of the village hall) and public meeting rooms in the south wing that were used by the WI, girl guides and social functions.

During the Second World War, the fire escape at the back of the south wing was used as a lookout for enemy aircraft – it was chosen because it gave a good view to the South Downs from where the greatest threat would come.

Around 1950, much of the south wing was condemned as unsafe so the tenants were rehoused and the canteen transferred to a hut near the school. Demolition followed and the Vine Room that was used as a surgery by Dr Vine in the early 1950s was reduced to its current size (it used to go across the entrance to the car park – which wasn’t a car park then as it used to be the yard and gardens for the workhouse). The original poorhouse was converted into the village hall in 1955 and the remainder of the south wing converted into the committee room, bar and first floor maisonette. After conversion from flats, the committee room was used for meetings and for a couple of times a week it was used as the village library. In 1977 the final change took place when the hall was was widened on its southern side .