Last month I described how Graveley Brothers, the precursor to James Pearce’s business, started operating from Butts Works soon after the end of the First World War and continued through the 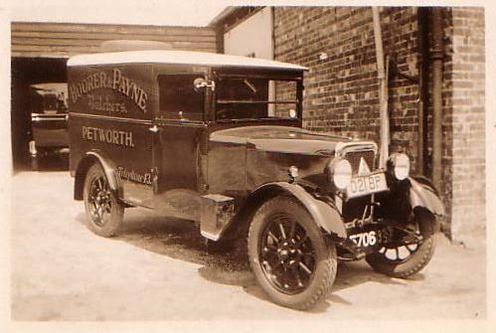 The company also serviced many of the local traders’ vehicles and private cars. A selection of photos of commercial vehicles sold or maintained by them is shown. These were taken in the Thirties and were photographed either in the works or alongside the front wall that is now the site of West Gates. (A small orchard occupied this site that was part of the garden of Farthinghoe next door.)

The vehicles belonged to:

During the Second World War, the company turned to the manufacture of munitions; the machines were operated by some of the village

women. For the latter part of the war the pumps were commandeered by the Canadian Army. In the run up to D-Day, lines of DUKW amphibian vehicles and lorries could often be seen queuing for petrol while the pumps were wound by hand.

During the war, Vernon Graveley was the sergeant in charge of the special constables in the area. He also ensured that the right to hold the annual fair on the green on 20 September each year was maintained despite it being officially suspended during the war.

He set up an Aunt Sally stall on the green which consisted of a large doll’s head of an old woman set up on a stick, the object being to throw balls at it with the intention of knocking off her hat to win a prize. Interestingly, despite Vernon’s actions, there was opposition to the fair continuing after the war. 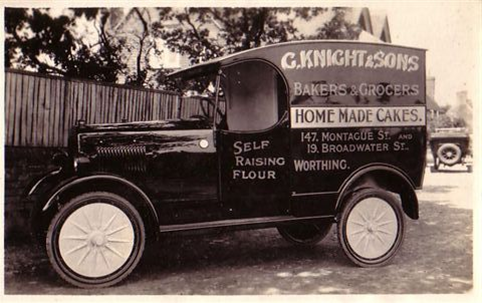 After the war, the motor business continued as before, but the company also started manufacturing shop window displays for Display Schemes Ltd of London  These mainly consisted of toys, such as mechanical ‘men’, that could move and dance and miniature vehicles that sped around tracks. They were all moved by electric powered carriers that ran in tracks underneath the display with magnets being used to draw the vehicles around. The company also made domestic equipment such as mincing machines.

Vernon Graveley died in 1956 and shortly afterwards Jack sold the service station business and the newer part of Thornton House (now called Pimpernel House) to Vernon Wilde. He retained the workshops, now known as Butts Works, which he let to Wilde until James Pearce took over the lease in 1969. Jack Graveley moved into the old Butts Farm House that was restored to being a separate dwelling called Thornton Cottage. He remained there until he died in 1973. 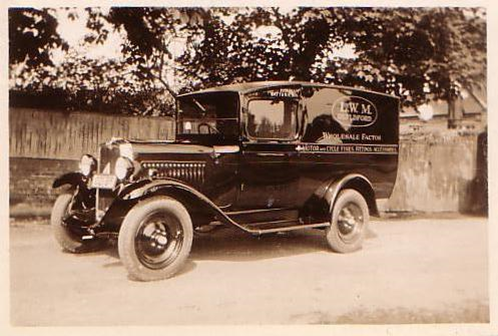 Jack Graveley retained ownership of the workshops though work for Vernon Wilde took precedence. This was all under the control of Ernie Richardson. The Butts Works filling station business ceased and its petrol pumps removed, although one of its pumps was left in place when the others were removed; this is the distinctive pump that stands today. 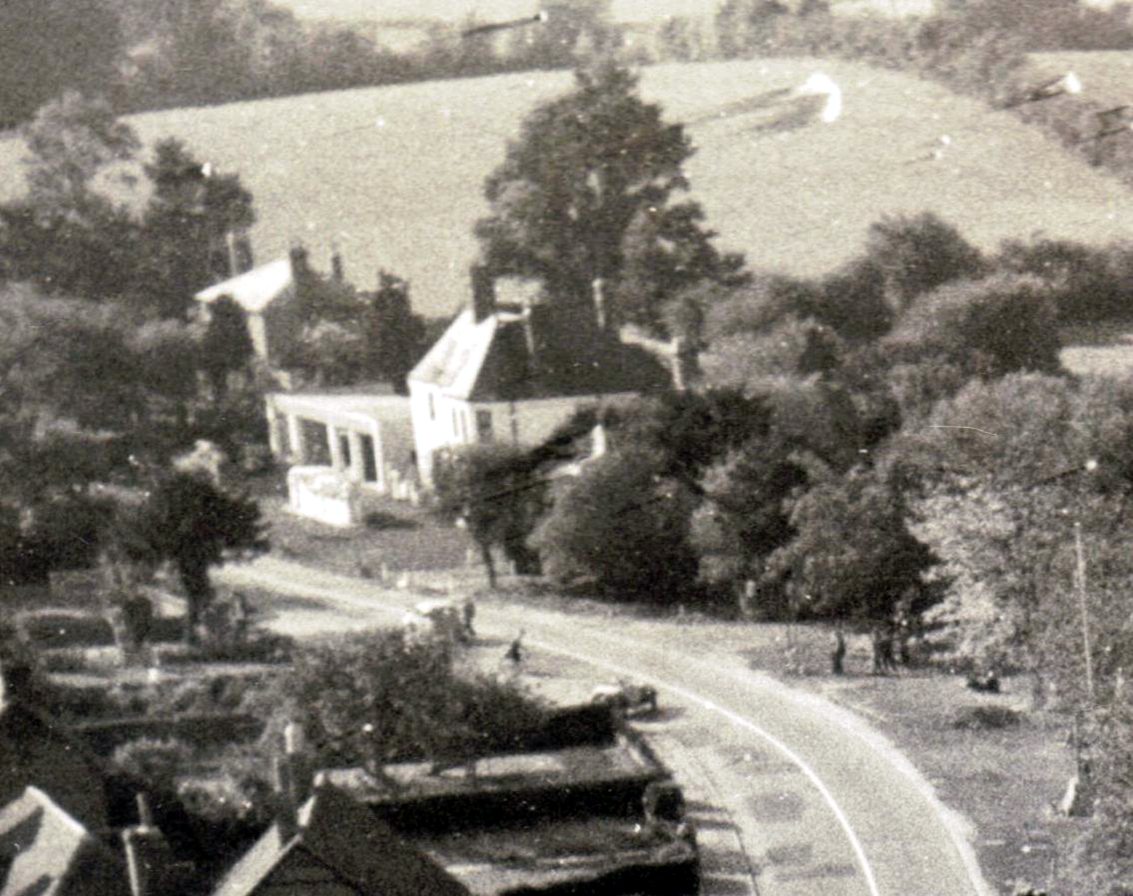 Vernon E Wilde, commonly known as Jimmy after a famous boxer, converted the front of Thornton House to a filling station called Wilde’s Service Station. There were three petrol pumps selling National Benzole on a central island that had a kiosk at each end. All of the petrol was leaded as was the norm in the fifties. This varied in octane according to the amount of lead in the petrol, i.e. more lead made for better performance in a highly tuned engine. Each of the three types of petrol was identified by a number of stars that indicated the amount of lead added, five being the highest. Petrol cost 4/6½ (23p) for a gallon of two star petrol (or 5p per litre), 4/10 for four star and 5/- for a gallon of five star petrol. The rather poor quality photo, enlarged from an aerial view that was taken circa 1962 shows the service station’s central island. Also of interest is the field behind upon which Butts Meadow has now been built (I believe that the white blobs are sheep). 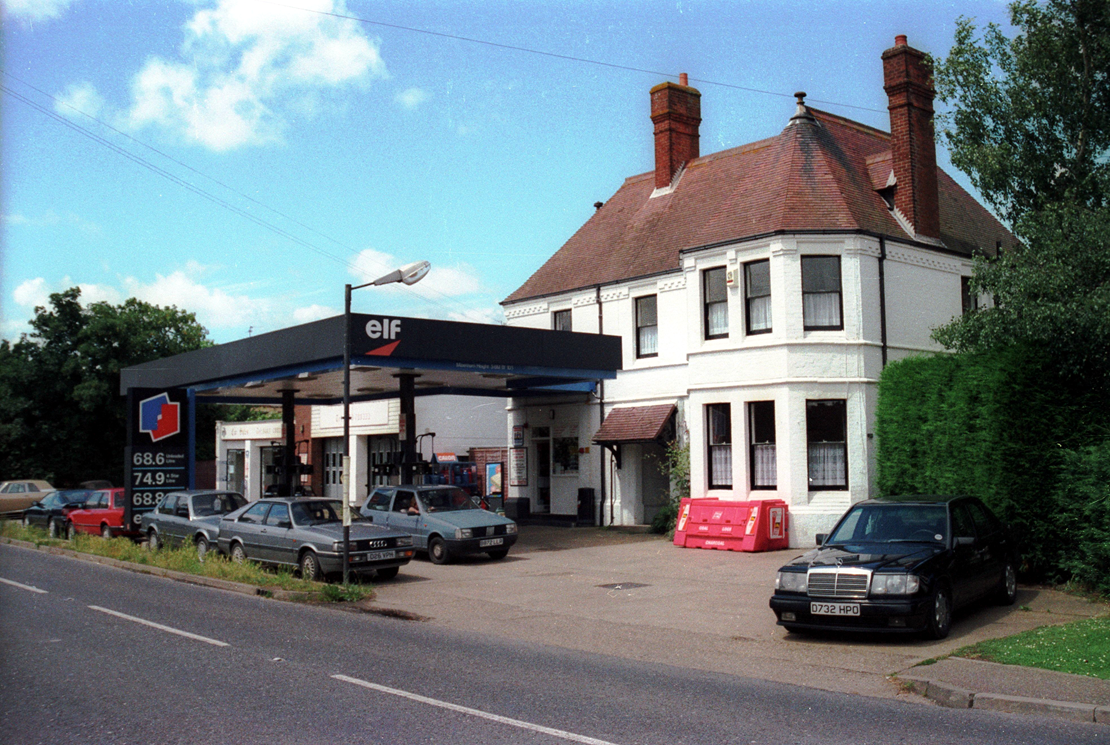 The new filling station sold typical filling station products such as oil, tyres and paraffin. When first built the access to the pumps was at right angles to the road and quite dangerous so the access was enlarged to make it easier for cars to get to the pumps. In 1959, he started selling second hand cars and for this purpose a single storey car showroom was added to the left of Thornton House and which was built by Pat Crichton-Smith. This is shown on the photo. Wilde sold the business and the filling station part of Thornton House to Charles Hodgson around 1962.

Charles Hodgson continued the garage and filling station business but changed the name to Pimpernel Garage; he also changed the name of Thornton House to Pimpernel House. He, too, sold second hand cars in the showroom to the left where he also had a small workshop. Whether for safety regulations or not, he installed underground storage tanks replacing those at ground level. Hodgson’s ownership of the business only lasted a short time for in June 1968 he sold the business to Amoco.

Meanwhile at Butts Works, Ernie Richardson moved to a new garage in Ifold during this period. A new manager, George Gabriel, was taken on to run the workshops.

George Gabriel and Roy Nash became tenants of Amoco. Both lived in Pimpernel House; George ran the small workshop that was immediately left of the filling station and Roy ran the filling station and the car sales business that was further to the left. Around 1970, Amoco converted the workshop into two bays. By now there were four  pumps in the forecourt plus a paraffin pump next to the shop and the showroom selling vintage and classic cars was owned by ITC Trading. However, after eight years, George and Roy decided not renew their lease. Modernisation had continued and a modern canopy was erected in 1976 after a long battle with the village that had wanted a tiled roof. 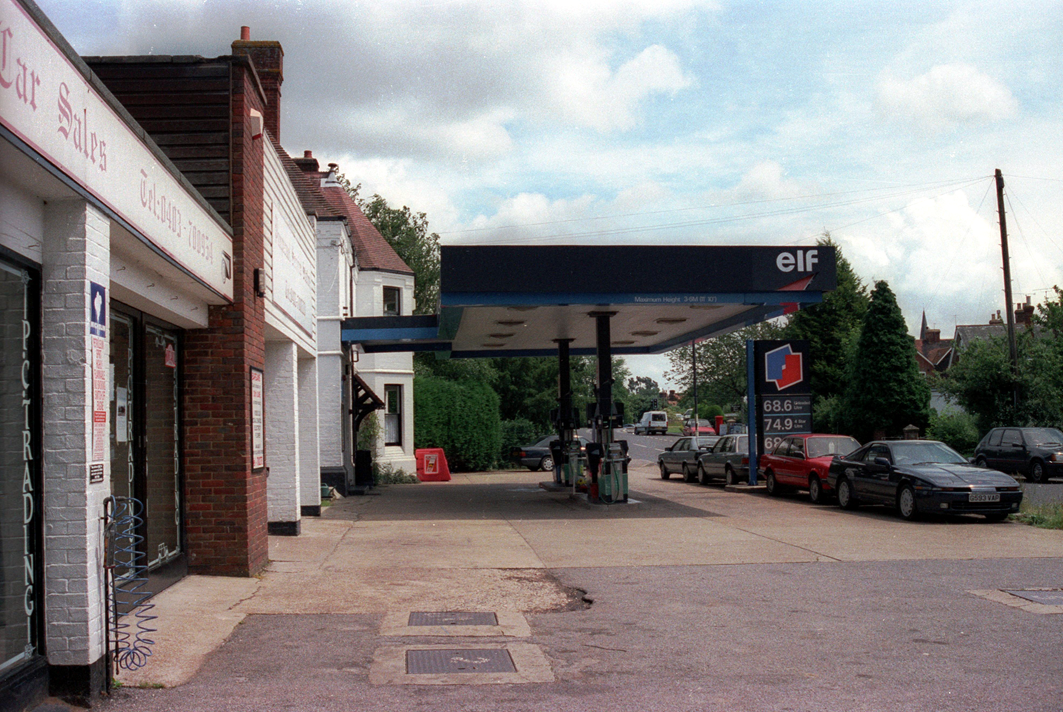 Amoco sold the garage to Elf in 1981 and the business was run by Brian and Midge Cecil and later by Peter O’Leary and Carole Sandaver. The two photos were taken in the garage’s latter days in 1998. It closed the following year because EU fire legislation required new petrol tanks to be installed which Elf could not justify economically. The showroom and workshops were demolished and Pimpernel House became a private dwelling. I haven’t dates for the more recent tenants (or maybe even their correct names!) so I’d be very pleased if someone could enlighten me.